The HBP Flagship was launched by the European Commission’s Future and Emerging Technologies (FET) scheme in October 2013. The HBP has the following main objectives:

28 January 2013: The European Commission has announced that the Human Brain Project (HBP) is the winner of the FET (Future and Emerging Technologies) call.

HBP faces an extraordinary challenge for modern sciences: to integrate available knowledge on the human brain in order to reconstitute its functioning in computo and in silico through advanced informatics platforms.

The goal is to understand brain functioning inner mechanisms, to find new cures for brain diseases, and to generate intelligent computers and robots.

More than 80 Research Centers participate at the Human Brain Project.

Prof. Egidio D’Angelo is the Principal Investigator of the Pavia HBP-Unit.

The HBP-Italy participants  are the following (click on the map to enlarge): 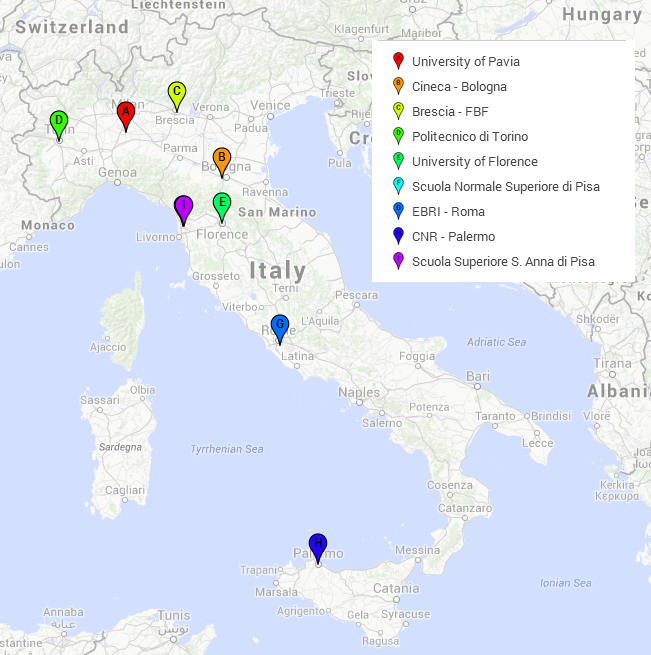 The HBP voucher program and the Open Call Program brought to new collaborations:

The main themes of the Human Brain Project (HBP) have been illustrated in a special issue (n. 3 2013) of Functional Neurology published to coincide with the joint HBP – OTTORINO ROSSI AWARD meeting, 17-18 October 2013 (Pavia, Italy).