Until 24 June you can apply for the 3 different projects you find below! pic.twitter.com/BIEpnQxIkX 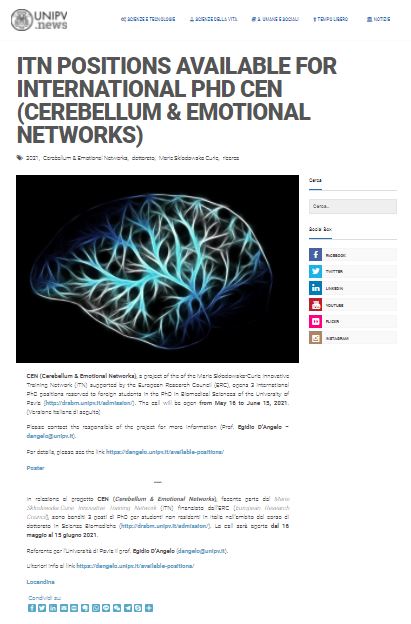 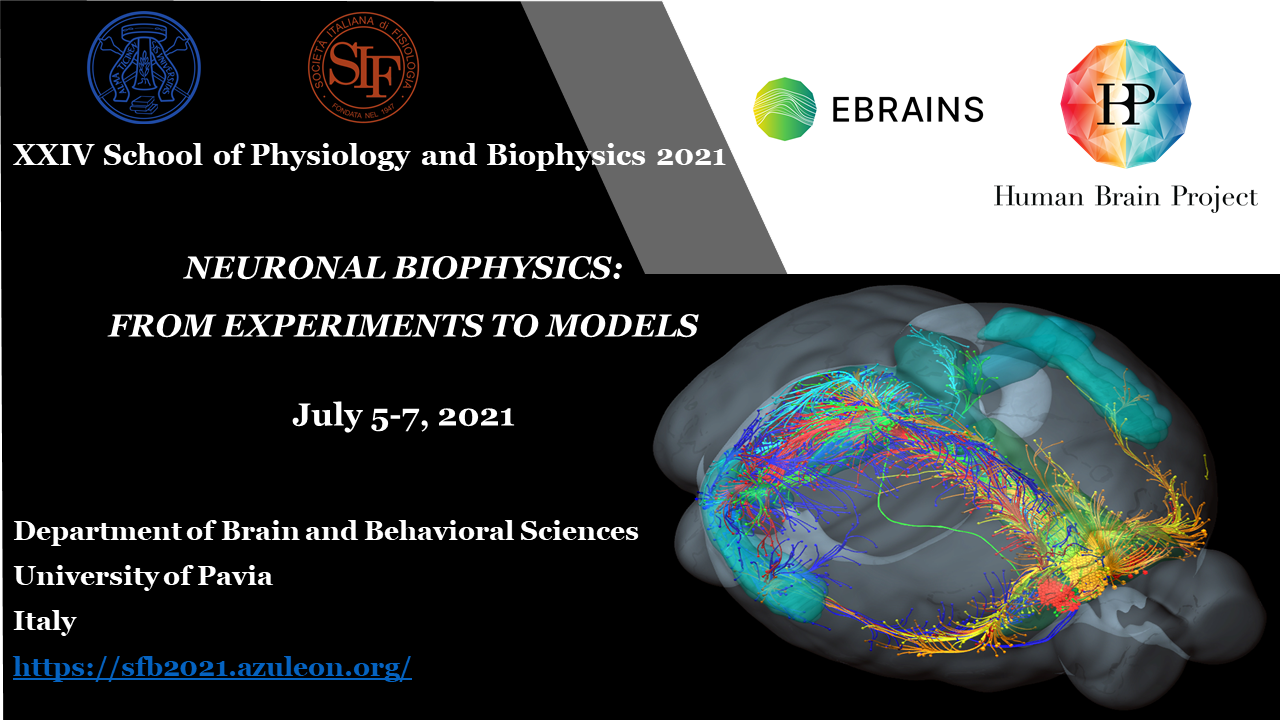 The School of Physiology and Biophysics entitled Neuronal biophysics: from experiments to models will take place in July 5-7, 2021; registration is now open (registration), deadline May 20th. 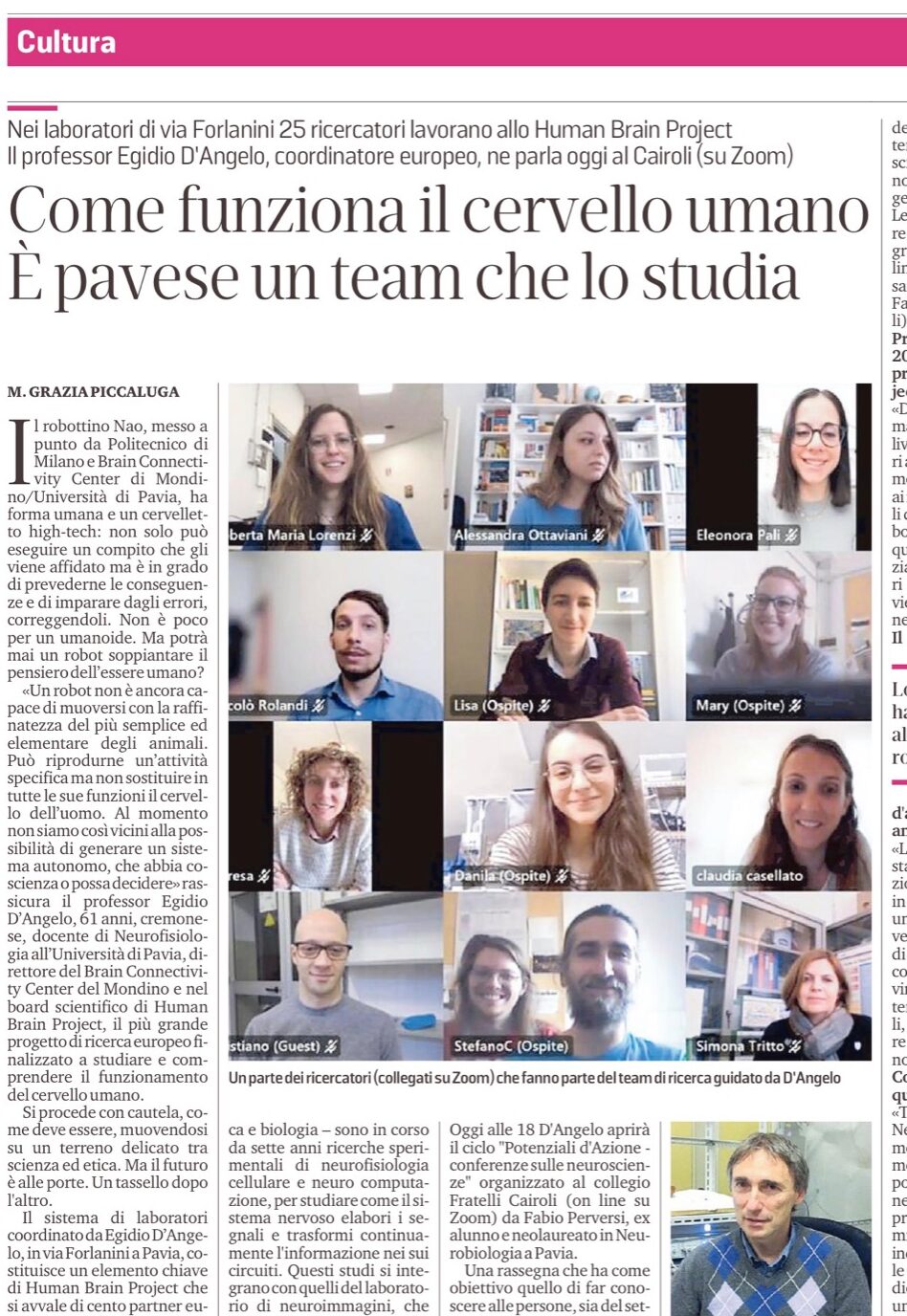 More info at this link

More news about us on the press page

We are glad to announce that the 2020 Casella Prize has been assigned to Fabio Benfenati, Professor of Neurophysiology, University of Genova and Director of  Center for Synaptic Neuroscience and Technology at the Italian Institute of Technology (IIT). 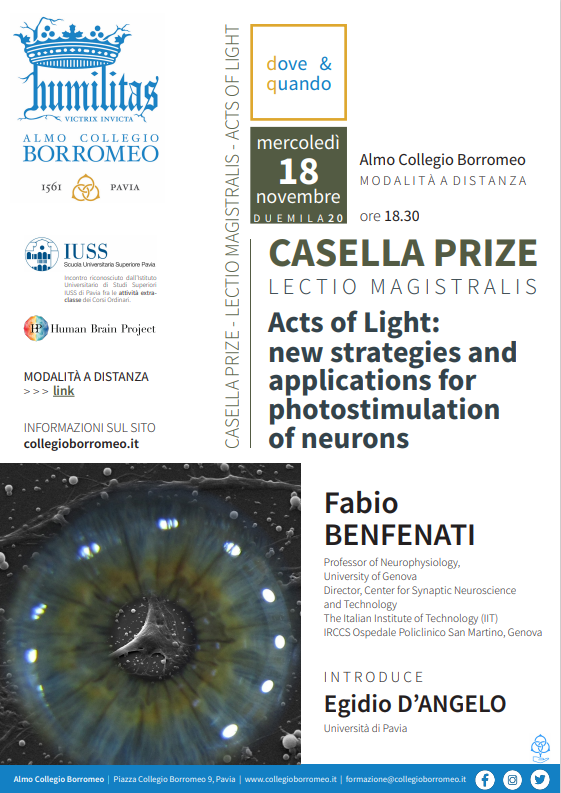 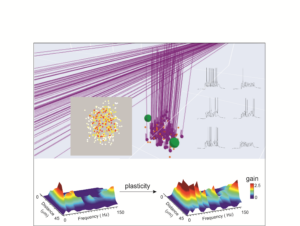 Although it is generally assumed that the brain operates as an adaptable processor, its intrinsic mechanisms of computation and learning remain largely unknown. In a recent publication on «Nature Communications Biology», the team of  the Neurophysiology Laboratory of the University of Pavia directed by Prof. Egidio D’Angelo has revealed how the microcircuit of the cerebellum transform internal signals implementing de facto computational algorithms that can be modified through learning.
The granular layer of cerebellum has been long thought to perform spatial pattern separation and adaptive filtering but this theoretical prediction remained untested so far.
Our computational models, based on a realistic reconstruction of the cerebellar network, have predicted that long-term synaptic plasticity would reconfigure the granular layer functioning changing the gain and bandwidth of its transmission channels. This prediction has then been validated by using advanced recordings with a multispot 2-photon confocal microscope and voltage-sensitive dye imaging.
The discovery of adaptable transmission channels supports the long-sought spatiotemporal reconfiguration of the inputs that cerebellum receives through its numerous sources. This turns into a multidimensional remapping of brain activity that allows the brain to learn from errors implementing sensorimotor and cognitive controllers and to operate in a predictive manner.
Through a network of collaborations inside the Human Brain Project, the new microcircuit properties reported here are going to be implemented into large scale models and to be inserted in close-loop controllers, neurorobots, neuromorphic computers and virtual brains applicable to neuroengineering, artificial intelligence and neurology.

We are glad to announce the:

Space and time in the brain

Robin De Schepper (University of Pavia) who has currently started his PhD in computational neuroscience, will present his talk with the title “Quality of Life in NEURON: My expressive multiscale Python tools”. Robin has developed a series of tools aimed at other neuroscientists working with the NEURON simulator to improve our daily experience modelling with NEURON in Python. The toolkit consists of Patch, a compatible interface to NEURON and drop-in replacement that adds new features (like out of the box parallelization) and fixes common bugs and strange “gotchas”. Glia & Astrocyte: An automatically compiling mod files library & packet manager. Arborize: High-level expressive descriptions of cell models.