Stefano Casali holds a degree and a PhD in Cognitive Psychology and Neuropsychology at University of Pavia. 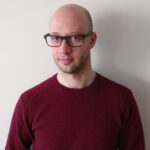 Cristiano is interested in motor control, biomechanics and neural control of movement. In particular, he focuses on the relationship between musculoskeletal biomechanics and the neural processes of movement generation in health and disease (e.g. after musculoskeletal injuries), using both computational and experimental approaches. After obtaining his PhD at the University of Zurich, he moved to ETH Zurich and then to Northwestern University (USA) for his postdoctoral training, developing skills in computational modelling and behavioral experimentation on both humans and rodents. Currently, Cristiano is working on the closed-loop simulation of the cortico-cerebellar pathways for motor control and learning in the context of the Human Brain Project.

Teresa Soda holds a Bachelor in Biological Sciences and a Master’s degree in Neurobiology and a PhD in Biomedical Sciences University of Pavia. Techniques: Whole cell patch-clamp recordings on rodent cerebellar slices and image analysis of vascular reactivity.

Techniques: In vivo electrophysiology and optogenetics on mice. Research field: Investigation of cerebellar plasticity and functional connectivity with other areas of the brain. 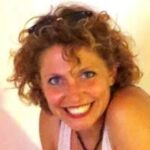 Teresa Sorbo holds a PhD in Neurobiology and a degree in Biology Throughout my experience in the research field I focused my interest on neurosciences, especially synaptic networks in neuronal in vitro cultures or cerebellum slices. I explored the communication between different kind of neurons grown in the same environment, evaluating the role of diverse players into the final out- come.