The image on the left shows the cerebellar granular layer in an acute slice loaded with Fura-2AM. The image was obtained with holographic two photon microscopy. The holographic nature of the setup allows to simultaneously illuminate multiple points of interest (green) on user selected granule cells (blue) with 2-3 beamlets addressing the selected neurons. Then a stimulation protocol is activated (10 pulses at 50 Hz). The green spots show an intensity change, whose kinetics appears in the plot on the right. Note the large fluorescence transient occurring 1 second after the beginning of the trace, denouncing membrane depolarization and calcium increase into the GrC cytoplasm. Subsequently the transient slowly recovers toward resting value. 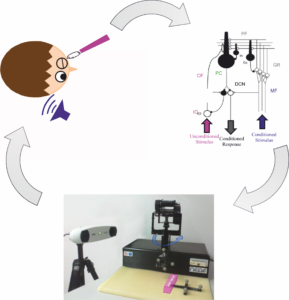 The video shows a Pavlovian task, like the Eye Blinking classical conditioning (EBCC). With the real robotic platform, it is reproduced as an obstacle avoidance task, where the stimuli (conditioned and unconditioned stimuli, CS and US respectively) are triggered by the visual tracking system integrated with the robotic arm. The associative learning, purely temporal, occurs within the cerebellar Spiking Neural Network (cSNN) embedded into the real-time robot controller. The SNN inputs are the two stimuli spike patterns, on Mossy Fibers and on Climbing Fibers pathways, and the output (Deep Cerebellar Nuclei) triggers the Conditioned Response, anticipated with respect to the US. In the real-robot task, it corresponds to an end-effector raising, thusavoiding the collision (US). The first figure depicts the neurophysiological EBCC task , the corresponding set-up used in our robotic task and the cerebellar network with the task-specific input and output signals. The other figure (below) reports the generation of Conditioned Responses (% CRs), triggered by the cSNN; along with the tested task trials. The cSNN represents a generalized and realistic cerebellar model of learning, driving human-like sensorimotor tasks in real robot. (FigCRs). 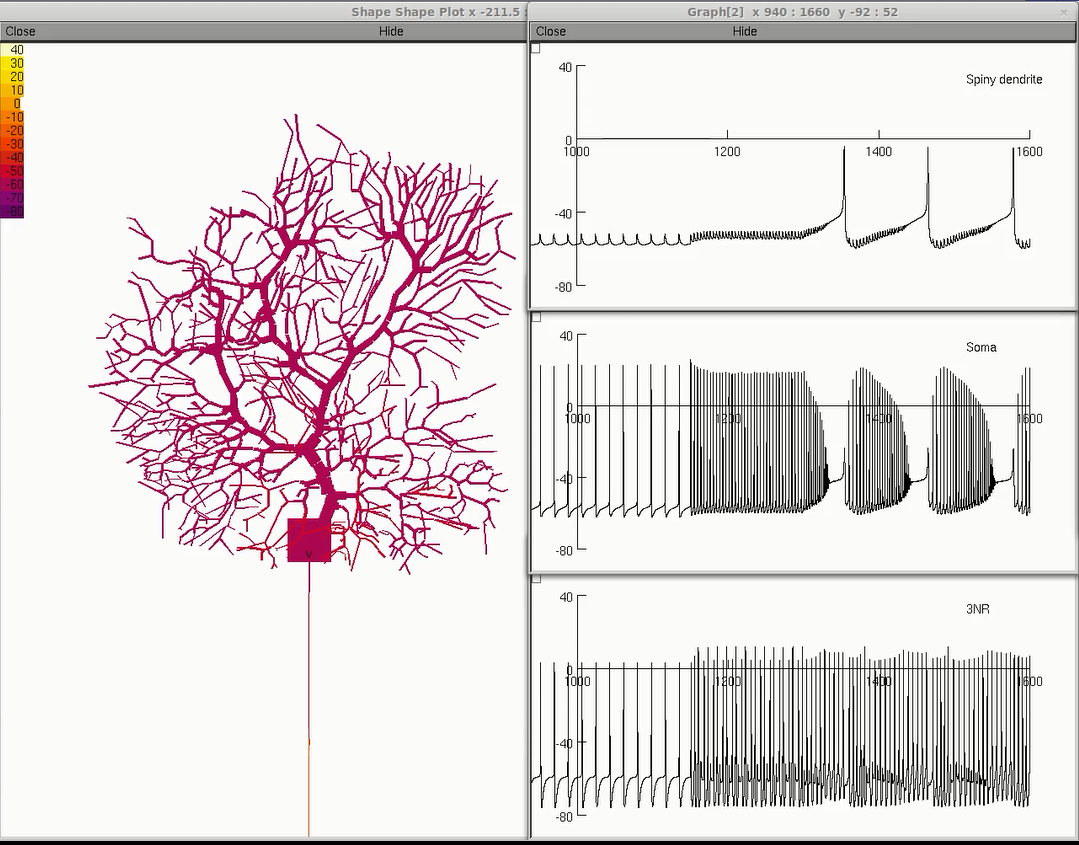 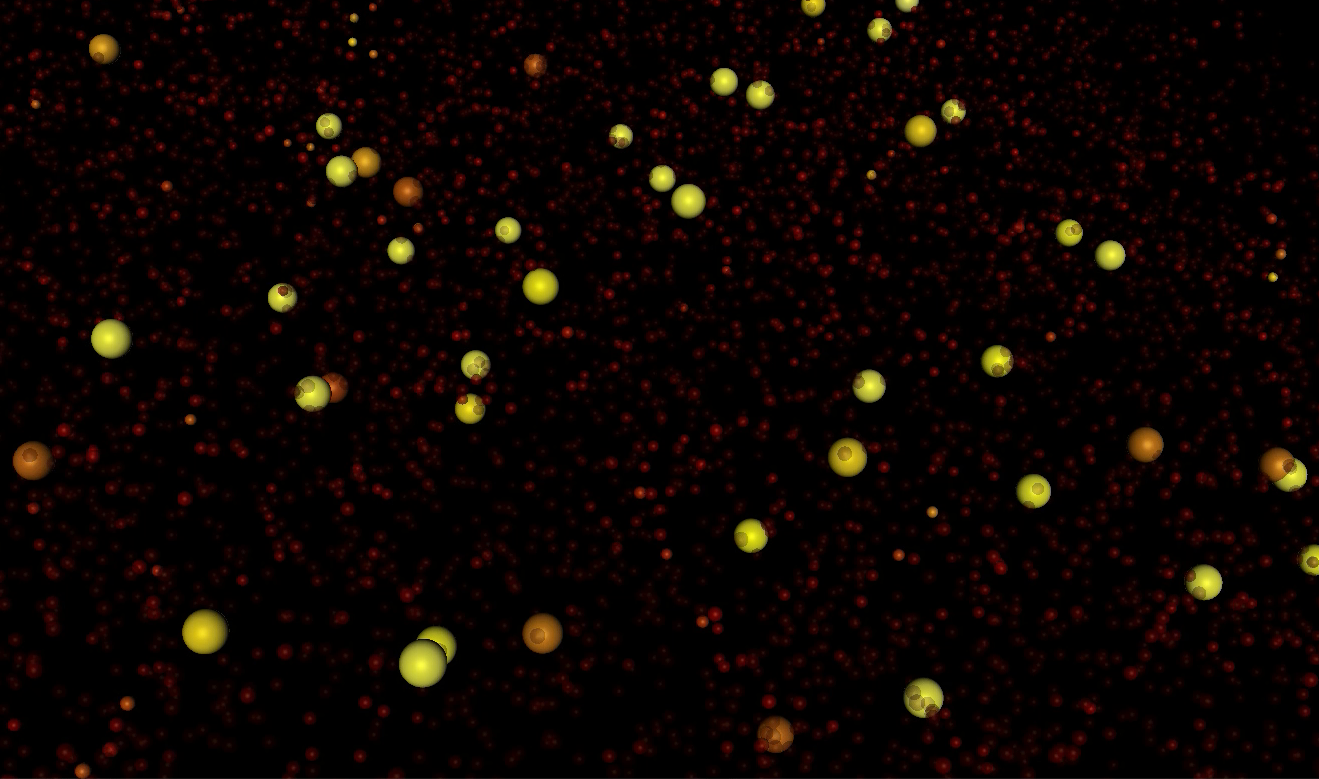 Click on the image (left) to see the whole movie