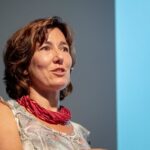 She was born in Milan (Italy) in 1969, moved to a little village on the Italian Riviera at 10, called Bonassola, studied Solid State Physics (with the intention to do MR Physics for translational applications to the medical field) at the University of Pavia and then came to the UK with a COMETT grant for post-graduate students.

Claudia Gandini did her PhD at the University of Surrey (Guildford, UK) in MR sequence development under the supervision of Simon Doran and David Gilfoyle on developing fast imaging sequences (BURST) collaborating with the University of Lyon (France), the Nathan Kline Institute (USA) and the Institute of Child Health (ICH).

She joined the NMR Research Unit at the UCL Institute of Neurology in January 1999 as a postdoctoral research fellow sponsored by the Multiple Sclerosis (MS) Society of the UK. At now she is Professor of MR Physics at UCL Institute of Neurology and professor of FISICA DELL’MRI PER LE NEUROSCIENZE and MRI QUANTITATIVA: SEGNALE, IMMAGINI, MODELLI at the department of Brain and Behavioral Science. As such she continue leading quantitative MRI development on the 3T scanner for MS research. 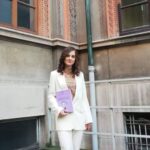 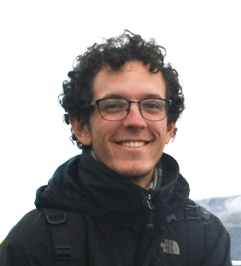